The NHS community comes together to create more inclusion 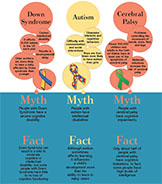 The hallways of NHS are filled with unique faces of every color and bodies of all shapes. The students here work hard to be accepting of the diverse demographics by participating in a variety of clubs and groups that recognize different students. Gender Sexuality Alliance is for students of the LGBTQ+ community, National Honor Society for students who enjoy volunteering. And a new group has formed for a population that, up until now, has often been overlooked. Best Buddies, a club for students with disabilities to create relationships and social connections with each other and with neurotypical peers, is the largest international organization dedicated to ending the social, physical, and economic isolation of people with intellectual and developmental disabilities. This year, resource teacher and boys track and cross country coach Byron Simpson welcomed NHS into the Best Buddies family. Simpson has been involved with the special needs community since coaching a Special Olympics team in college.

“Coaching Special Olympics in college kind of inspired me to be a resource teacher,” Simpson said with a smile. “That’s what I am: a resource to the kids.”

Simpson said North Central High School had a great Best Buddies
program when he worked there, which inspired him to start it here in Noblesville. His son also motivated him to do something.

“My son was a student at [Noblesville] East [Middle School] and I wanted to bring it to Noblesville High School. Having the middle schools have it and us not have it didn’t make a lot of sense to me,” Simpson said.

Simpson was encouraged by North Central’s club because of the good things he saw come from the group. He has high hopes that he can achieve great things with Best Buddies here at NHS, too.

“[We hope] to better inform and make people aware, and to stop the lack of awareness of realizing what you say can hurt others,” Simpson said.

When Simpson came to NHS, he says he encountered verbal hatred for the first time since his last teaching job.

“I never really heard the ‘R’ word, so I was really sad and stunned to hear students say it here,” Simpson said.

Simpson hopes that Best Buddies can form better relationships and bring things like the ‘R’ word to an end. He has already seen Best Buddies work to create stronger social connections between his students to bridge that gap.

“At the ball game the other night, a student came and the parent was concerned they wouldn’t want to stay the whole time. The student stayed, and it was a good time for them and their peers. It was that social interaction that gave them a really good time and the mom was really surprised and really happy,” Simpson said. “That’s what makes it worthwhile.”

Groups like Best Buddies and the Unified Sports teams work to bring together students with special needs and general education students. These clubs want to create an environment where all students are treated the same because they are the same. Labels applied to kids with disabilities often come, Simpson said, with a stereotype or a stigma due to unawareness.

Jan and Jeff Huffman, parents of NHS junior Nash Huffman, who has Down syndrome, are familiar with this. The Huffmans founded Huffman Disability and Healthcare Consulting to assist with inclusion for students with special needs in both education and employment.

“We all have labels, some more visual than others. It’s all about acceptance,” Jan said.

Nash is a junior at NHS who has benefited from this inclusion in sports and education. Nash takes general education courses, and his mother points out how general education students also benefit from inclusion. According to Jan, inclusive classrooms are filled with diverse learners.

“They may find that they have more in common with other kids than they thought,”Jan said.

Jan says inclusion can go a long way in reducing stigmas for kids with learning issues. It can also help students build and maintain friendships. Nash is involved in sports at NHS, both with the IHSAA sanctioned unified sports, as well as being manager for NHS’s varsity football and basketball.

“I like being with my friends at school and sports,” Nash said. “My best friends are in my special classes and in my football, basketball and track teams.”

In addition to all of his sports interests, Nash stays busy outside of school with a job and his friends as well.

“I work at Scotty’s Brewhouse on Sundays and like hanging with my friends, bowling, WWE, and Xbox,” Nash said.

Spending time with friends is one of the major perks of going to school for Nash, but being a varsity student athlete is one of his favorite memories from high school so far. He says creating good friendships with everyone and opening up sports to all students help NHS be more inclusive.

“My friends are [at school], and I love lunch because I can talk with everyone.” Nash said. “I earned my [varsity] letter jacket and Dalton Davis gave it to me.”

NHS junior Davis has enjoyed helping students with special needs and being a friend to everyone for as long he can remember.

“I got seriously involved my freshman year with unified and hanging out with [students with special needs],” Davis said.

Davis knows the Huffman family well, so that helps him be involved in Nash’s life. He also spends time with other students who have special needs at school.

“I try to hang out with them in AL if possible. But I’m good friends with Nash’s parents, so I hang out with him outside of school,” Davis said.

Davis says being a friend to all students has helped him to be a better person along the way.

“It’s taught me to be kind to others and understand them. Obviously [some students] think and communicate differently than you and I, so hanging out with them has helped me understand people better,” Davis said.

Spending time with these friends has lead Davis to see past labels and their connotations.

“Kids with special needs are no different than any other kid. They just want to have fun and enjoy things,” Davis said.

Similar to the “Just Say Hi” movement by the Cerebral Palsy Foundation, Davis thinks NHS could be more inclusive to all students by being a more welcoming community.

“I would encourage students to just say ‘Hey’ to kids in the hallway they’ve never met before. If kids would get out of their comfort zone, and talk to new people and perform random acts of kindness then I think we could make NHS feel like a smaller school to the students,”
Davis said. “We could make it a place where everyone knows everyone, and a place where students can grow.”