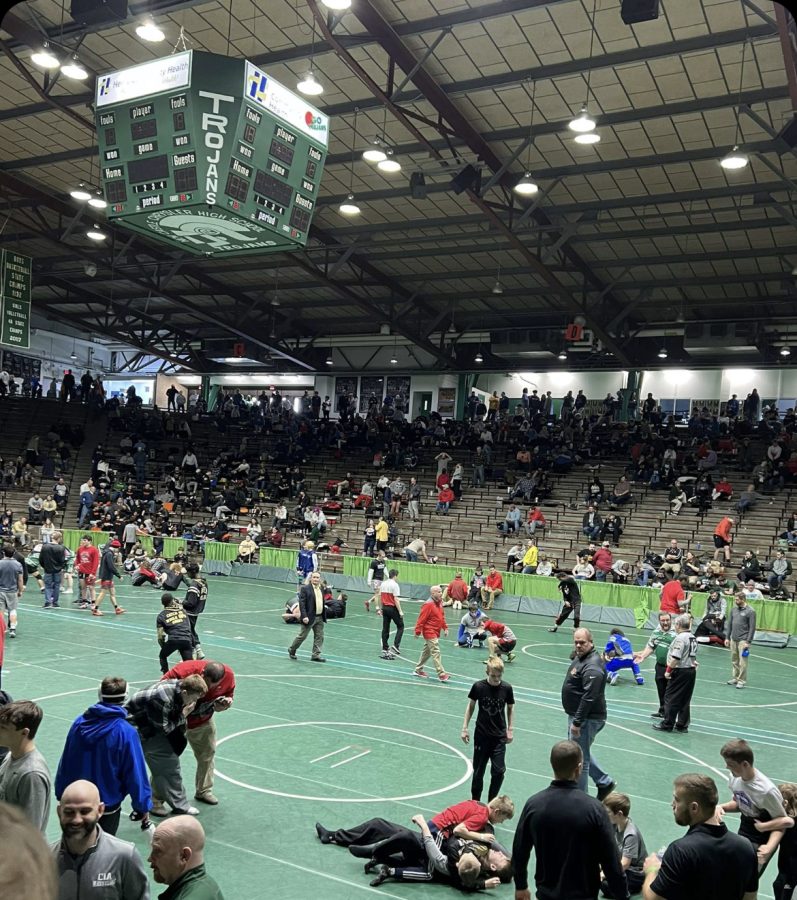 “Miller BOOM.” The oft attached battle cry with any Noblesville Wrestling Twitter post follows the team into this year’s IHSAA tournament. With a handful of wrestlers advancing to regionals this upcoming Saturday at Pendleton Heights, fourth year coach Michael Weimer and his team are hopeful that this year’s team has what it takes to survive and advance into the coming postseason rounds.

For Senior Keaton Sepiol, the hopes of the Miller Wrestlers’ look to be highlighted by a few high ranking upperclassmen.

“Jacob Etchison (285 pounds) and Jacob Long (220 pounds) are two guys who have been strong all season, along with Austin Hastings (195 pounds),” Sepiol said.

One storyline to keep an eye on for the Millers is the return of freshman Josh Kauzlick, who has stayed sidelined for a good majority of the season due to a foot injury. Despite the missed time, Kauzlick didn’t miss a beat,

“Josh came back from a foot injury that held him out for most of the season and actually qualified for regionals [on] his first day back,” Sepiol said.

For the Millers, seeing a teammate battle through an injury only to come back and still fight and advance gives them inspiration for the tough matchups ahead

“It’s great seeing guys come back from an injury to  have immediate success, just shows the toughness that is embodied by many guys in the program,” Sepiol said.