SRSLY?: The acquisition by the New York Times of a popular game shows how large corporations continue to exploit smaller, less powerful people 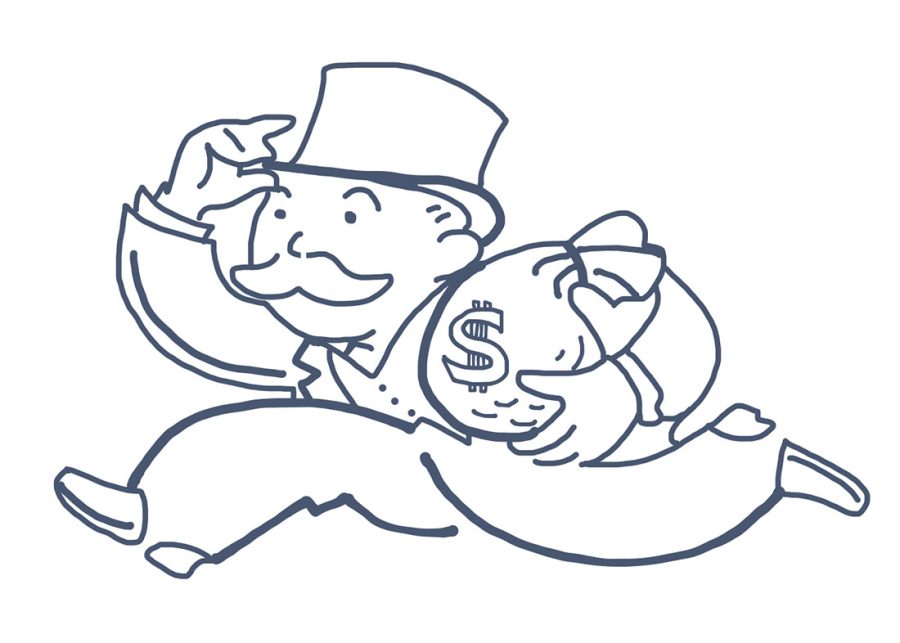 It started as a message of endearment – the stringing of letters held together by pure adoration. It was a love letter in disguise, a physical manifestation of the unadulterated love between the two people. And then, as most everything is today, it was turned into a commodity; no longer a sweet hidden gem between two lovers, but instead a global phenomenon to be profited from.

Created by Josh Wardle for his word-puzzle-enthusiast partner, Wordle – the now all-too-familiar word game in which players must guess what the five-letter ‘word of the day’ is – has become a focal point in many people’s daily routines.

It doesn’t matter where you’re at – Wordle can be accessed anywhere, so long as there’s a Wi-Fi connection and a desire to try your luck at guessing the random five-letter word. The Wordle craze cannot be tamed: whether you find yourself in the middle of your A.P. Biology class or the lobby in your doctor’s office, you’ll likely hear the mention of the infamous word puzzle or see the frantic tapping of letters in desperation for finally predicting the word in only one guess.

However, alongside the chirps of genuine excitement over the simplistic yet intriguing game, you’re likely to hear whispers of “Ugh! Did you get the Wordle today? Is ‘tacit’ even a word still being used? What happened to this game?”

Many Wordle users complain that some of the daily words are far too obscure – that the game has lost its spark.

But what caused Wordle to lose the extra pizazz that made it so entrancing? How did something seemingly so simple take over the internet in less than six months, only for it to lose its popularity just as fast?

Well, the answer is rather simple: vulture capitalism.

The moment that small, original ideas such as Wordle receive the slightest bit of traction in mainstream media, larger corporations absorb, and therefore seize, the heart and soul of them. They are no longer a new, interesting concept, but rather a business ploy. When the New York Times purchased Wordle from its inventor, it was solely for the Time’s own advantage; the paper saw that Wordle was becoming increasingly popular and they ran with it.

When the news of the Times acquisition of Wordle from its owner first hit the headlines, the game’s users worldwide were furious; original Wordle fans such as comedian Trevor Noah voiced their frustrations via Twitter: “It really feels like Wordle isn’t fun since the New York Times took over. Is it just me?” Other Wordle fans, such as actor James Moore, worried over the rumored paywall that the Times may implement: “Get ready to pay a monthly subscription for Wordle. Can’t we just enjoy something anymore without companies exploiting it for profit?” he said.

Wordle is no longer the romantic story of one person creating a game solely for his partner, it is an all-too-common story of greed – the story of how large businesses exploit less powerful individuals and take advantage of their ideas for their own economic gain.

Of course, Wordle is not the first victim of these power-hungry businesses who will stop at nothing to enrich themselves.

People tend to say they feel better about themselves when they opt to purchase their goods from more ‘Mom and Pop’ style businesses rather than the large corporations that practically control the means of production such as Amazon or Google. But, are they truly doing so? News flash: when you’re at the grocery and you choose Ben and Jerry’s ice cream, praising yourself for supporting the lifelong dreams of childhood friends Ben Cohen and Jerry Greenfield, you’re not actually doing so. Just as an abundance of small businesses, Ben and Jerry’s ice cream is not owned by the original owners – it’s owned by a greedy, money-hungry multi-billion dollar company who swallowed up the little guy.

Despite the fact that many believe Wordle has lost its initial popularity due to interest naturally fizzling out as a byproduct of time, it is preposterous to think that this is the only reason. People are no longer tuning into Wordle because it has lost its personal feel – it’s no longer a sweet story that makes us swoon, it’s just another example of greed and megalomaniac corporations.

We don’t want your cheap recreation of a beloved game – we want the real thing. Is that so hard to comprehend? You’ve had your fun. But now it’s time to let the underdogs have a chance. After all, you can’t control everything.