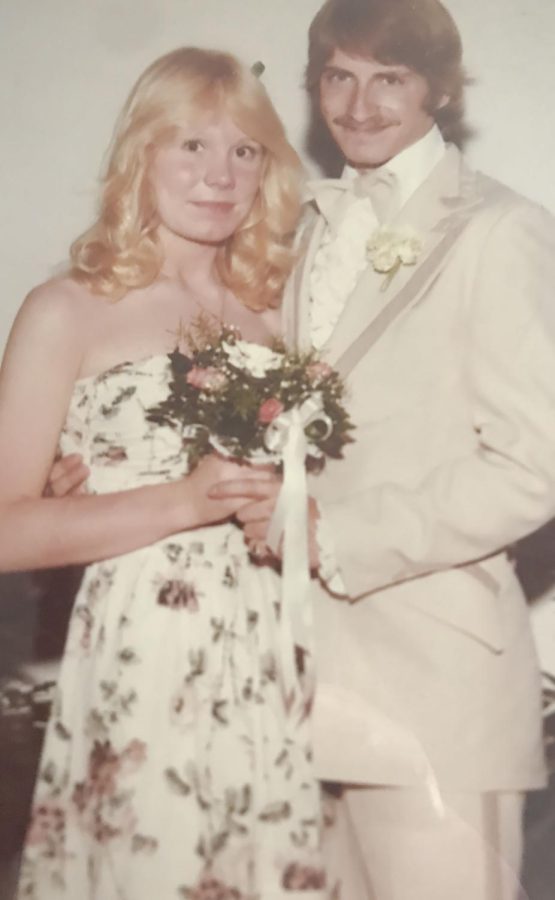 Prom No, Prom Go
Beyond the world of high school movies, few students know what an actual prom entails. After waiting years and a pandemic to finally go to prom, the stress of preparing can be overwhelming. So, what are some tips and tricks for surviving prom?

“Get ready two hours in advance at least. Although if you’re getting hair, nails and all that for the ladies, start as soon as possible,” senior Madison Everhart advised.

Knees weak, arms are heavy, there’s blisters on my toes already. Let’s be real, hours in uncomfortable heels is a disaster bound to happen. Don’t overestimate your abilities. Sneakers or shoe cushions will be your best friend.

Phones seem to run out of battery at the worst times. Don’t take the chance, charge your phone. Who knows what you’ll need to tweet?

No need for a prom date to have a good time. Eat, chat and show off your best moves. Spotlight’s on you!

Everhart has waited to dance the night away at prom, and can’t wait for the day to come. “[I’m excited to] spend one more dance with my high school friends.”
What are you doing? Go get ready!

Prom Through The Ages
These former prom-goers share their memories of their big night
1970’s
In 1970 the feminine prom style to boogie down on the dance floor was guinea sack or natural fiber burlap material, disco styles, and metallic colors. “At the time Guinea Sack was a popular style, and I chose that brand for the dress I’m wearing,” said Michelle Tharp-Taylor, NHS French teacher. For masculine and feminine style they also kept it simple and casual at prom. “We all wore Levi jeans (male and female). Girls loved Calvin Klein jeans and pairing them with very high heels and a dressy shirt. The boys, I remember, wore lots of Levi corduroy pants and plaid shirts, at least at my high school,” said Tharp-Taylor. Showing up in style was the way Tharp-Taylor ended up arriving at her prom. “My senior prom was 1978 and I remember going to the Hyatt Hotel in downtown Indianapolis in a 1978 Lincoln automobile. It was supposed to be a big deal, but I have never been into cars. My date, who had graduated two years earlier, borrowed it from his dad and was very proud,” said Tharp-Taylor.
1980’s
Rockin and rollin ‘at prom in the 1980s wearing the poofiest dress and biggest hair was Michelle Pfeiffer, NHS 1989 graduate. Aqua Net and generic Walmart makeup was used for the 1980’s pre prom prep.”Poofy dresses, fun crazy colors, and big hair.  We would use Aqua Net and wear makeup with bright colored eyeshadow and that’s about it.” said Pfeiffer. Today’s masculine style is nothing compared to the throwback style of the 80’s.”The guys all had mullets and would wear tuxedos with tails on them.” said Pfeiffer. What Pfieffer remembers most about her prom is what some teens nowadays also look forward to when it comes to prom.”Getting pictures taken with your friends and getting to drive downtown Indy without parents.” stated Pfeiffer.
1990’s
There was no social media in the 1990’s so the anticipation of finally being able to see what everyone was wearing is the main hype. “It was always special to see all of your friends dressed up,” said Tracy Bramel, NHS science teacher. The feminine style was using hairspray for days to hold up your hair and the long kept tradition of a dress to top the rest.The masculine style competes to be vibrant and stylish. “Loud prints for the vests and bow ties were in style,” said Bramel.
2000’s
The height of Twilight and Justin Bieber were the years Jessica Seibert, NHS math teacher, attended her high school prom. She attended prom at the beginning of the decade in 2001, 2002, and 2003. “I went with a group of friends, so the most memorable experience was spending time with them. I enjoyed going out to dinner as a group before going to the prom,” said Seibert. At the time, casual but fun looks were popular everyday but prom doesn’t follow the same rules. “Masculine styles were pretty basic— most of the guys just wore black tuxes with white shirts. Feminine styles were not as varied as they are now. Dresses were long. If we were concerned about our feet hurting, we often brought a pair of flip flops to change into while dancing or towards the end of the night,” said Seibert.
2010’s
Not so long ago Mrs. Jordan, NHS english teacher, and Miss.Dwyer, NHS history teacher, experience the high school equivalent to the Met Gala. At the time the more feminine style was “Many dresses, long or short, had big poofy, tuft looking bottoms. Jewel tones were very popular.” Stated Mrs.Jordan. “short, sparkly dresses with wedges.” Said Dwyer. The masculine styles were, “wear a suit with a vest (matched to female dress), no cumberbun, tie, pocket square (also normally matched to female dress), and typically a boot cut pant. Shiny black shoes were very typical.” Said Jordan.

Many similaire places were populaire to shop at as now. “Men’s wearhouse was the main renter of suits/tuxedos. Bridal shops, boutiques, and Macy’s were the main places for dresses” stated Miss.Dwyer. Unlike today there wasn’t really a popular makeup brand used, but hair products are a different story. ”The tried and true Treseme hair spray was definitely a go-to for me. Also, sephora pink sugar perfume. Cosmetics and brands weren’t as popular because we didn’t have social media to promote them like today.” Said Jordan
2020’s

Entering a new decade with a completely different lifestyle and restrictions, the class of 2020 shook hands with COVID-19 and had their so-called “fake prom.”

“I remember finding out prom was cancelled,” says NHS 2020 graduate Antonella Celis said. “We were so upset about it, and then shortly after, graduation was also cancelled.” These two events were some of the most anticipated days for students, suddenly ripped away from the class of 2020.
However, Celis didn’t let the fact that most of their highlights for senior year had to be cancelled ruin her celebrations. A lot of juniors and seniors hopped onto the trend of creating their own experinces outside of school.
“Fourtunately, my friend group was able to put together a ‘fake prom’ to wrap the school year up,” Celis said, “and not only celebrate prom but graduation as well.” 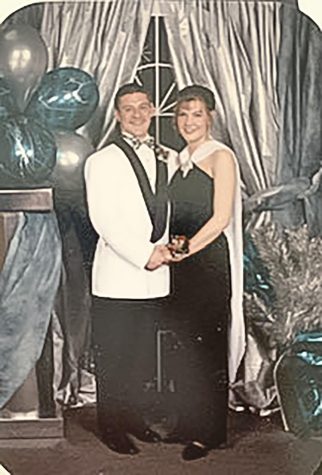 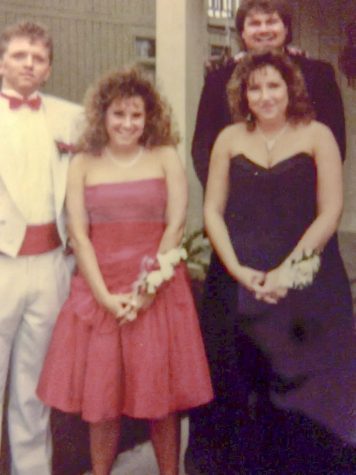 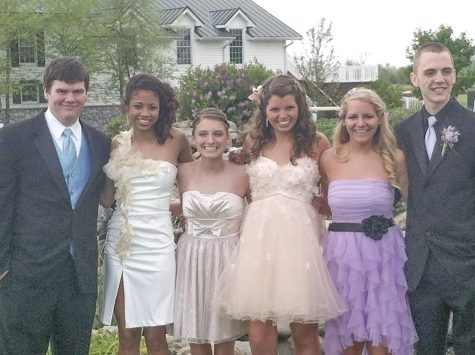